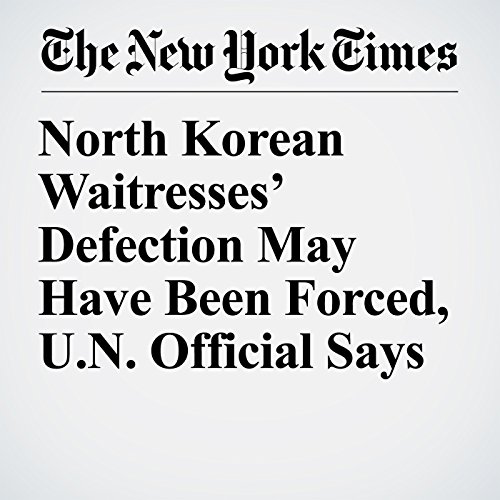 SEOUL, South Korea — A United Nations official on Tuesday called for an investigation into whether 12 North Korean waitresses were brought to South Korea against their will, saying that some had told him they had not known where they were going when they made the journey in 2016.

"North Korean Waitresses’ Defection May Have Been Forced, U.N. Official Says" is from the July 10, 2018 World section of The New York Times. It was written by Choe Sang Hun and narrated by Keith Sellon-Wright.