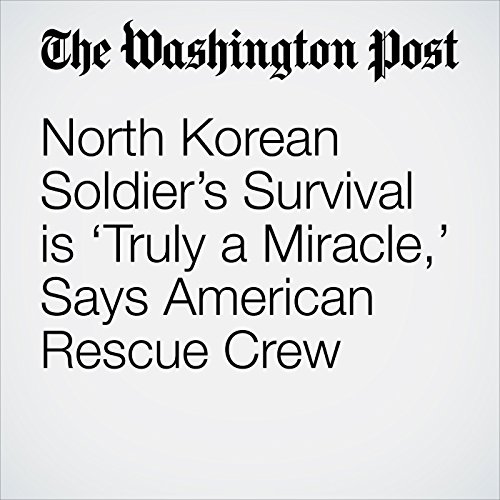 When the injured soldier was loaded into the Black Hawk helicopter, Sgt. 1st Class Gopal Singh, on his last mission as a flight medic, said a prayer. He did not think the man, who had been shot five times, was going to survive.

"North Korean Soldier’s Survival is ‘Truly a Miracle,’ Says American Rescue Crew" is from the December 02, 2017 World section of The Washington Post. It was written by Anna Fifield and narrated by Sam Scholl.