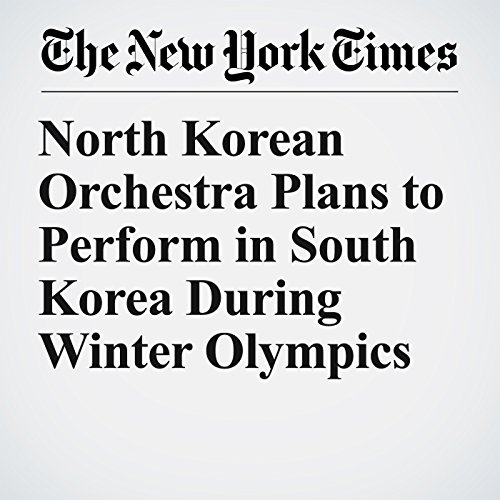 A 140-member North Korean pop orchestra will stage rare performances in South Korea during the Winter Olympics next month, the two Koreas agreed Monday. The two sides discussed details of the North’s participation in the Games as part of their efforts to improve ties.

"North Korean Orchestra Plans to Perform in South Korea During Winter Olympics" is from the January 15, 2018 Sports section of The New York Times. It was written by Choe Sang Hun and narrated by Keith Sellon-Wright.