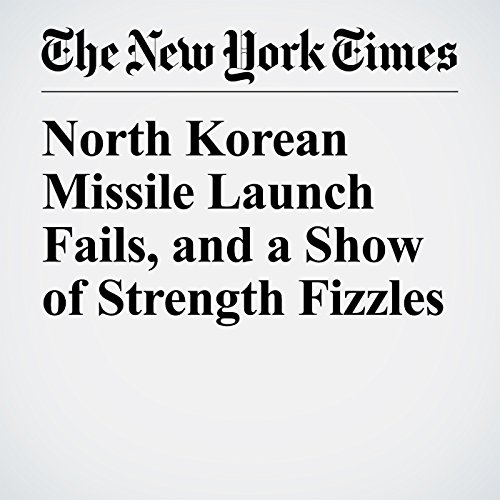 The timing was a deep embarrassment for the North’s leader, Kim Jong Un, because the missile appeared to have been launched to show off his daring as a fleet of U.S. warships approached his country to deter provocations.

"North Korean Missile Launch Fails, and a Show of Strength Fizzles" is from the April 15, 2017 World section of The New York Times. It was written by Choe Sang Hun, David E. Sanger and and narrated by .