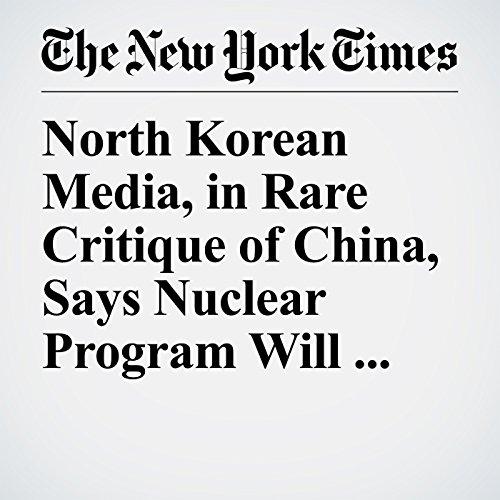 In a rare and surprisingly pointed criticism of China, North Korea’s state-run news agency warned in a commentary that the country would continue its nuclear weapons program even if it risked losing a friendly relationship with its longtime ally.

"North Korean Media, in Rare Critique of China, Says Nuclear Program Will Continue" is from the May 04, 2017 World section of The New York Times. It was written by Choe Sang Hun and narrated by Fleet Cooper.