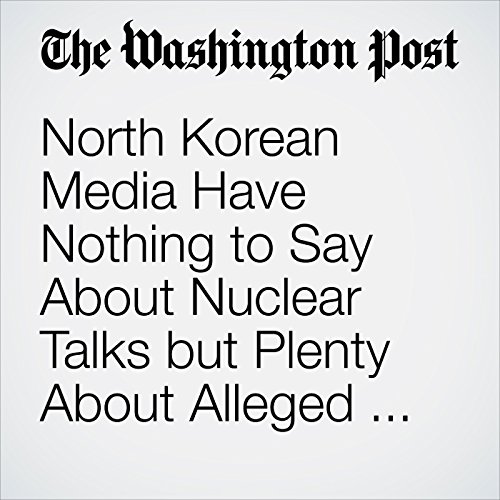 Roughly a week has passed since President Trump announced he had accepted a proposal to meet with North Korean leader Kim Jong In to discuss denuclearization. The proposal had been relayed by visiting officials from South Korea, who had recently returned from Pyongyang, where they said Kim himself had made the offer.

"North Korean Media Have Nothing to Say About Nuclear Talks but Plenty About Alleged U.S. Human-Rights Abuses" is from the March 15, 2018 World section of The Washington Post. It was written by Adam Taylor and narrated by Sam Scholl.