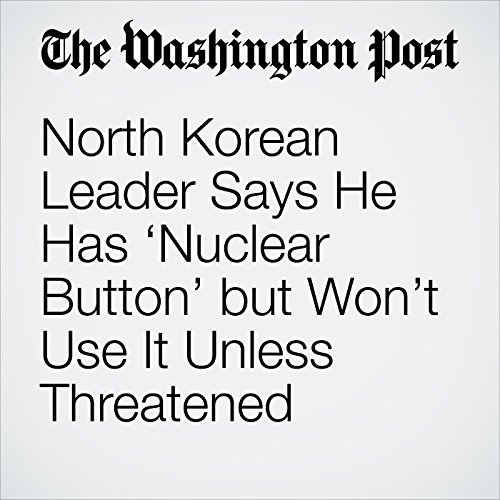 North Korean leader Kim Jong In boasted in an annual New Year’s Day speech Monday that he had a nuclear button on his desk and that the entire United States was within range of his weapons — but he also vowed not to attack unless threatened.

"North Korean Leader Says He Has ‘Nuclear Button’ but Won’t Use It Unless Threatened" is from the January 01, 2018 World section of The Washington Post. It was written by Simon Denyer and narrated by Sam Scholl.