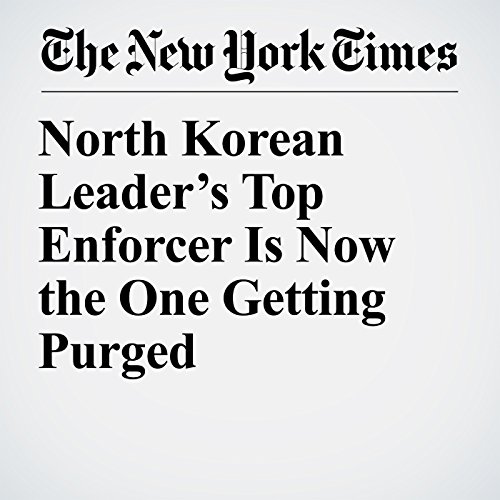 The chief of North Korea’s powerful secret police, long considered the right-hand man for the top leader, Kim Jong Un, has been dismissed on charges of corruption and abuse of power, the South Korean government said Friday.

"North Korean Leader’s Top Enforcer Is Now the One Getting Purged" is from the February 04, 2017 World section of The New York Times. It was written by Choe Sang Hun and narrated by Barbara Benjamin-Creel.