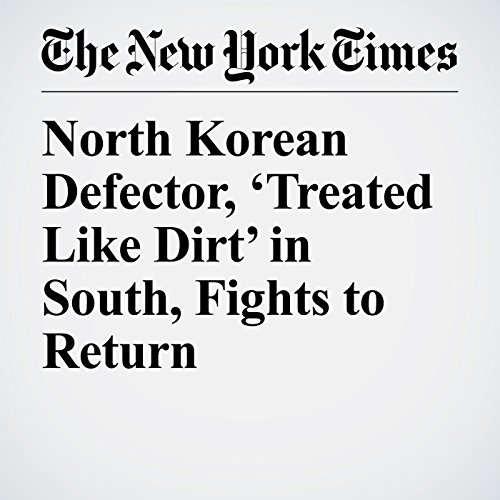 Divorced and out of money, Kwon Chol Nam fled North Korea for China in 2014 by wading across a river border at night and then crawling over a barbed-wire fence. After a perilous trek that included walking through a jungle in Laos, he reached Thailand, where he was allowed to fly to South Korea to start a new life.After all that trouble and danger, Kwon now wants South Korea to allow him to return home to the North.

"North Korean Defector, ‘Treated Like Dirt’ in South, Fights to Return" is from the August 05, 2017 World section of The New York Times. It was written by Choe Sang Hun and narrated by Keith Sellon-Wright.