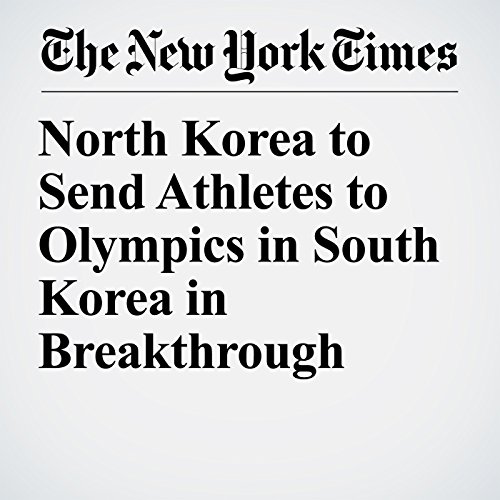 North Korea agreed on Tuesday to send athletes to February’s Winter Olympics in South Korea, a symbolic breakthrough after months of escalating tensions over the North’s rapidly advancing nuclear and missile programs.

"North Korea to Send Athletes to Olympics in South Korea in Breakthrough" is from the January 09, 2018 World section of The New York Times. It was written by Choe Sang Hun and narrated by Keith Sellon-Wright.