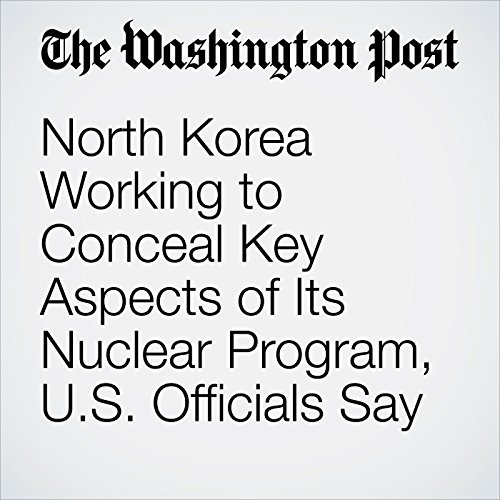 U.S. intelligence officials, citing newly obtained evidence, have concluded that North Korea does not intend to fully surrender its nuclear stockpile, and instead is considering ways to conceal the number of weapons it has and secret production facilities, according to U.S. officials.

"North Korea Working to Conceal Key Aspects of Its Nuclear Program, U.S. Officials Say" is from the June 30, 2018 Natonal section of The Washington Post. It was written by Ellen Nakashima and Joby Warrick and narrated by Sam Scholl.