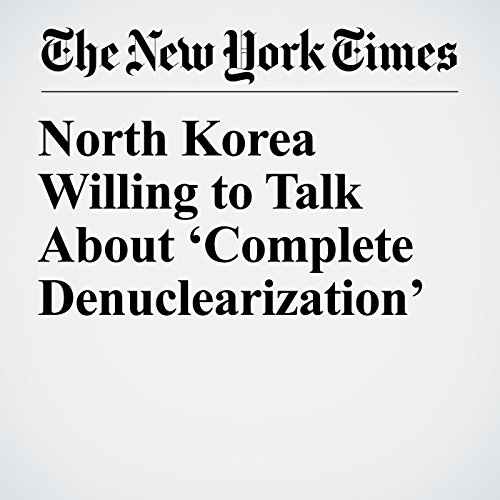 "North Korea Willing to Talk About ‘Complete Denuclearization’" is from the May 27, 2018 World section of The New York Times. It was written by Choe Sang Hun and narrated by Kristi Burns.