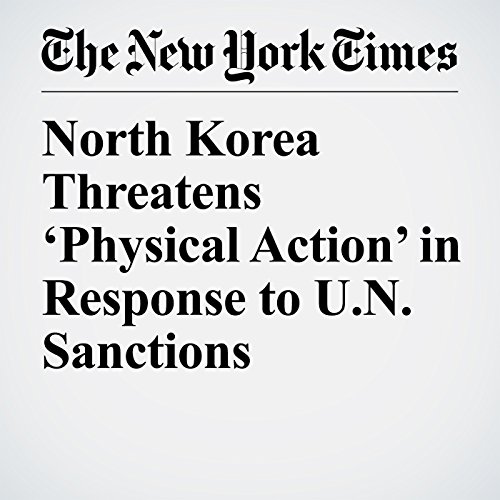 North Korea escalated its criticism of the United States, as well as its neighboring allies, on Tuesday by warning that it will mobilize all its resources to take “physical action” in retaliation against the latest round of United Nations sanctions.

"North Korea Threatens ‘Physical Action’ in Response to U.N. Sanctions" is from the August 08, 2017 World section of The New York Times. It was written by Choe Sang Hun and narrated by Kristi Burns.