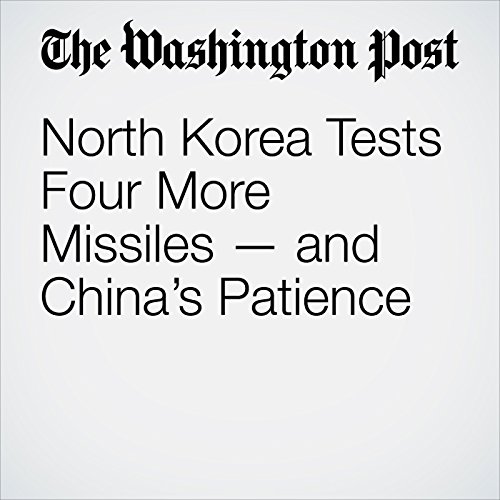 The test was timed to provoke: It came not a month after North Korea tested a solid-fuel rocket that it claims is part of an intercontinental ballistic missile capable of hitting the United States, and three weeks after the assassination, in Malaysia, of ruler Kim Jong Un’s half brother, Kim Jong Nam, who had been under Chinese protection.

"North Korea Tests Four More Missiles — and China’s Patience" is from the March 06, 2017 World section of The Washington Post. It was written by Emily Rauhala and narrated by Jenny Hoops.