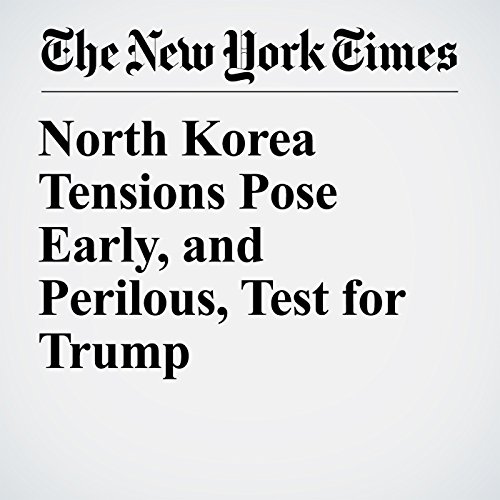 When the United States began deploying a missile defense system in South Korea this week, it was to protect an ally long threatened by North Korean provocations. But it was instantly met by angry Chinese warnings that the U.S. is setting off a new arms race in a region already on edge over the North’s drive to build a nuclear arsenal.

"North Korea Tensions Pose Early, and Perilous, Test for Trump" is from the March 07, 2017 World section of The New York Times. It was written by David E. Sanger, Choe Sang Hun, Chris Buckley and Michael R. Gordon and narrated by Caroline Miller.