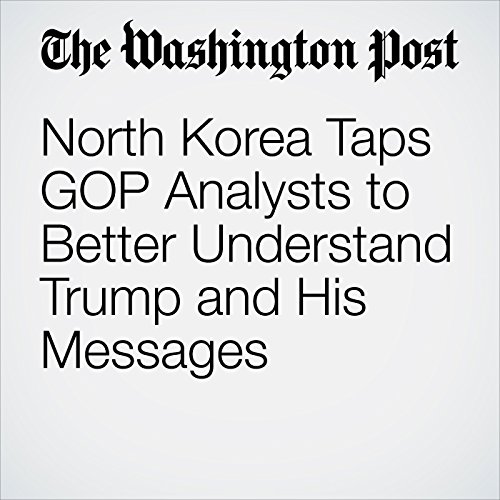 North Korean government officials have been quietly trying to arrange talks with Republican-linked analysts in Washington, in an apparent attempt to make sense of President Trump and his confusing messages to Kim Jong Un’s regime.

"North Korea Taps GOP Analysts to Better Understand Trump and His Messages" is from the September 26, 2017 World section of The Washington Post. It was written by Anna Fifield and narrated by Sam Scholl.