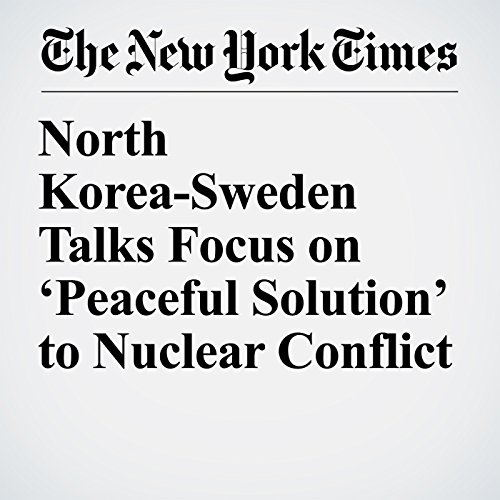 The Swedish and North Korean foreign ministers concluded three days of talks in Stockholm on Saturday over the security situation on the Korean Peninsula, discussions that may help facilitate a meeting between President Donald Trump and Kim Jong In, leader of North Korea.

"North Korea-Sweden Talks Focus on ‘Peaceful Solution’ to Nuclear Conflict" is from the March 17, 2018 World section of The New York Times. It was written by Christina Anderson and narrated by Kristi Burns.