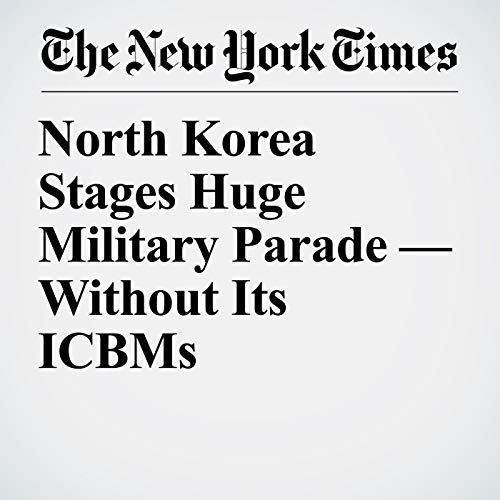 SEOUL, South Korea — Columns of goose-stepping soldiers and artillery vehicles rolled through a main plaza in Pyongyang, the capital of North Korea, on Sunday, as the country celebrated the 70th anniversary of its founding with a large military parade notable for one conspicuous absence: its long-range ballistic missiles.

"North Korea Stages Huge Military Parade — Without Its ICBMs" is from the September 09, 2018 World section of The New York Times. It was written by Choe Sang Hun and narrated by Keith Sellon-Wright.