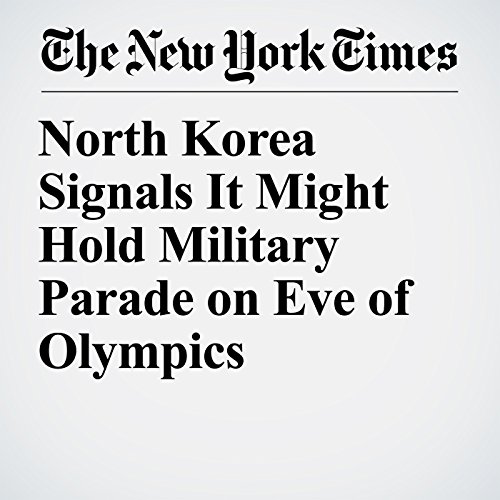 North Korea announced Tuesday that Feb. 8, the day before the Winter Olympics open in South Korea, will be a national holiday honoring its army, raising the possibility that it will hold a large military parade in a show of force on the eve of the games.

"North Korea Signals It Might Hold Military Parade on Eve of Olympics" is from the January 23, 2018 World section of The New York Times. It was written by Choe Sang Hun and narrated by Keith Sellon-Wright.