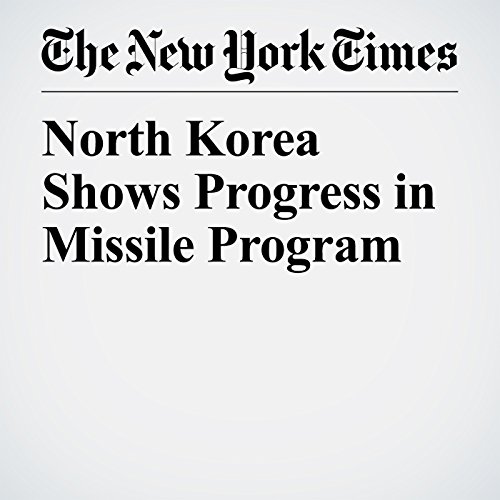 North Korea fired an intercontinental ballistic missile on Tuesday that flew both higher and longer than previous such launches, a bold act of defiance against President Donald Trump after he put the country back on a list of state sponsors of terrorism.

"North Korea Shows Progress in Missile Program" is from the November 29, 2017 World section of The New York Times. It was written by Mark Landler, Choe Sang Hun and Helene Cooper and narrated by Kristi Burns.