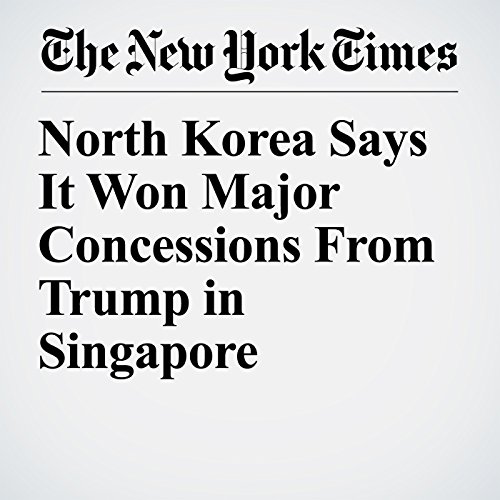 SEOUL, South Korea — A day after its leader’s historic talks with President Donald Trump, North Korea wasted no time Wednesday spinning the results in its favor, claiming it had won major concessions from the United States.

"North Korea Says It Won Major Concessions From Trump in Singapore" is from the June 13, 2018 World section of The New York Times. It was written by Choe Sang Hun and narrated by Kristi Burns.