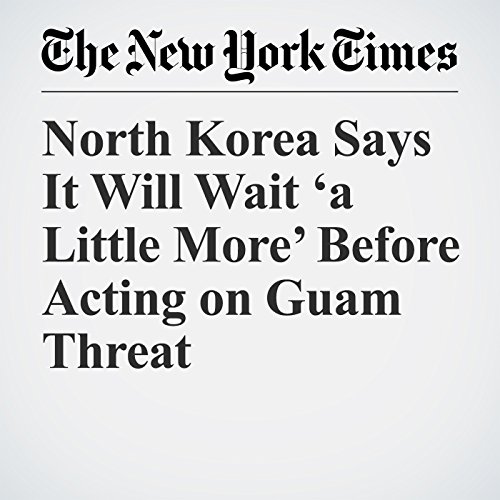 North Korea appeared on Tuesday to pause its threat to launch ballistic missiles toward Guam, saying it would wait to assess “the foolish and stupid conduct” of the United States before carrying the launchings out.

"North Korea Says It Will Wait ‘a Little More’ Before Acting on Guam Threat" is from the August 15, 2017 World section of The New York Times. It was written by Choe Sang Hun and narrated by Kristi Burns.