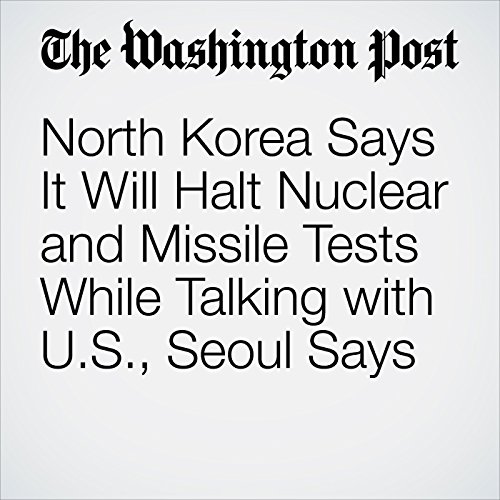 North Korea has vowed not to test missiles or nuclear weapons during proposed talks with the United States and South Korea, officials from South Korea said Tuesday after returning from surprisingly productive meetings in Pyongyang.

"North Korea Says It Will Halt Nuclear and Missile Tests While Talking with U.S., Seoul Says" is from the March 06, 2018 World section of The Washington Post. It was written by Anna Fifield and narrated by Sam Scholl.