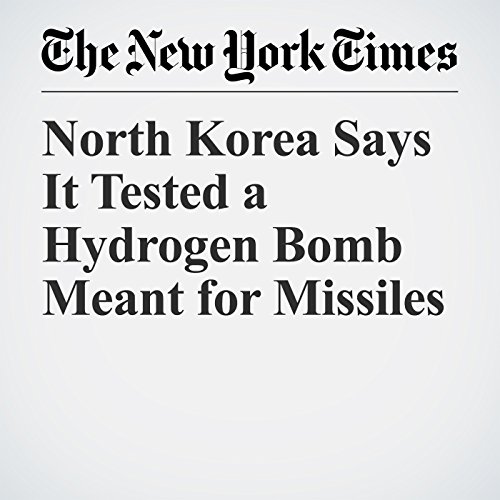 North Korea carried out its sixth and most powerful nuclear test early Sunday in an extraordinary show of defiance against President Donald Trump, who responded by declaring the country “hostile and dangerous to the United States” and criticizing a U.S. ally, South Korea, for “talk of appeasement.”

"North Korea Says It Tested a Hydrogen Bomb Meant for Missiles" is from the September 03, 2017 World section of The New York Times. It was written by Choe Sang Hun and David E. Sanger and narrated by Kristi Burns.