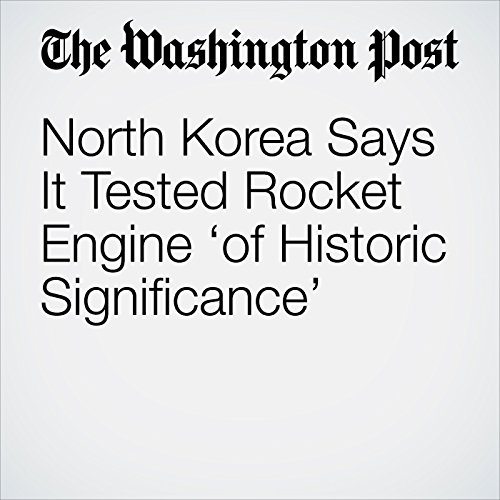 "North Korea Says It Tested Rocket Engine ‘of Historic Significance’" is from the March 18, 2017 World section of The Washington Post. It was written by Anna Fifield and narrated by Sam Scholl.