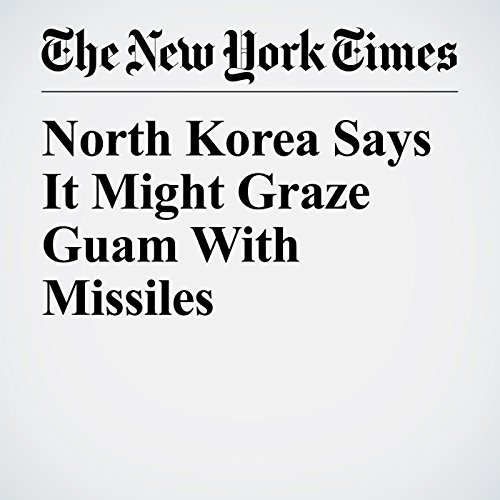 North Korea said Thursday that it was drawing up plans to launch four intermediate-range ballistic missiles into waters near Guam in the Western Pacific to teach President Donald Trump a lesson, a day after the president warned of “fire and fury” against the North if it persisted in threatening the United States.

"North Korea Says It Might Graze Guam With Missiles" is from the August 09, 2017 World section of The New York Times. It was written by Choe Sang Hun and narrated by Keith Sellon-Wright.