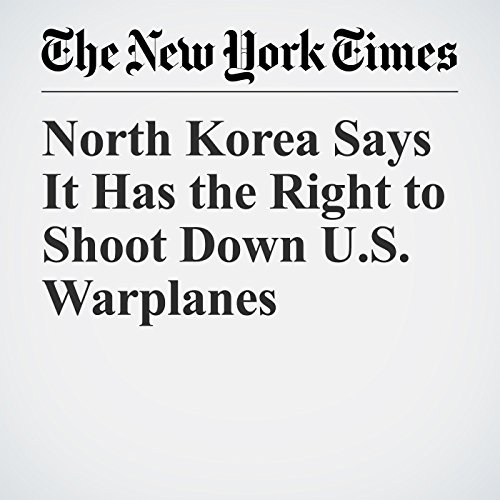 North Korea’s foreign minister escalated tensions with the United States on Monday, saying that President Donald Trump’s threatening comments about the country and its leadership were “a declaration of war” and that North Korea had the right to shoot down U.S. warplanes, even if they are not in North Korean airspace.

"North Korea Says It Has the Right to Shoot Down U.S. Warplanes" is from the September 25, 2017 World section of The New York Times. It was written by Rick Gladstone and narrated by Kristi Burns.