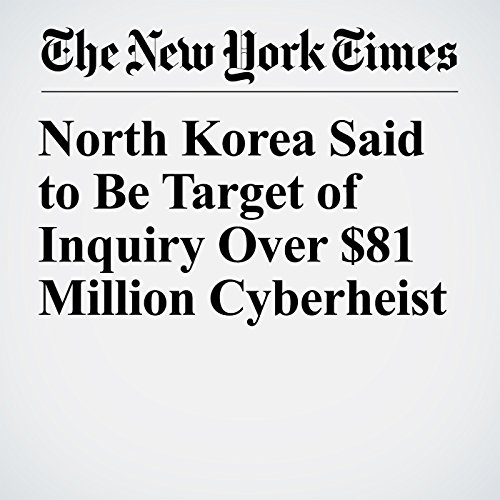 Federal prosecutors are investigating North Korea’s possible role in the theft of $81 million from the central bank of Bangladesh in what security officials fear could be a new front in cyberwarfare.

"North Korea Said to Be Target of Inquiry Over $81 Million Cyberheist" is from the March 22, 2017 Business section of The New York Times. It was written by Michael Corkery and Matthew Goldstein and narrated by Fleet Cooper.