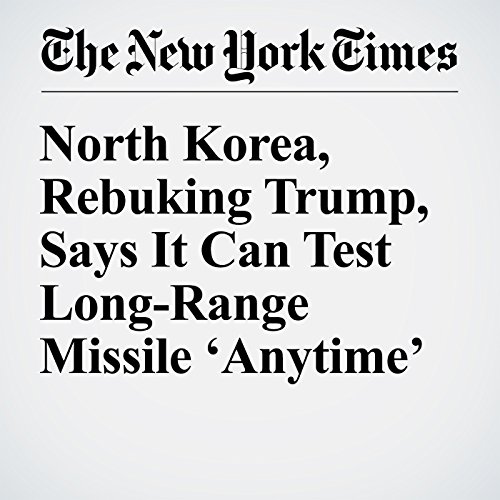 Less than a week after Donald Trump taunted North Korea over its ballistic missile capabilities, North Korea has said that it could conduct its first test of an intercontinental missile “anytime and anywhere” in a rebuke to the incoming president.

"North Korea, Rebuking Trump, Says It Can Test Long-Range Missile ‘Anytime’" is from the January 09, 2017 U.S. section of The New York Times. It was written by Choe Sang Hun and narrated by Caroline Miller.