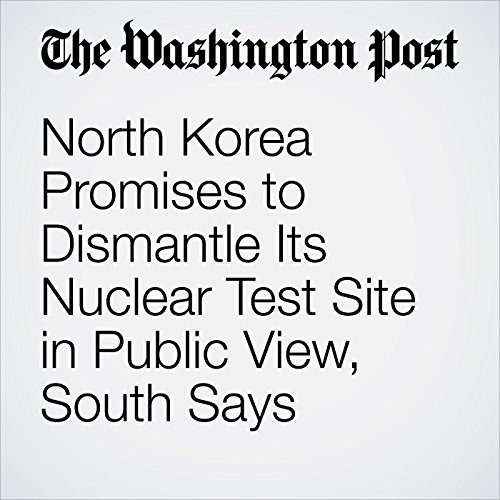 The South Korean government is trying to keep up the momentum in diplomatic efforts to resolve the North Korean nuclear question, announcing Sunday that the North would dismantle its main nuclear test site next month and that its leader, Kim Jong In, was prepared to meet with Japanese Prime Minister Shinzo Abe.

"North Korea Promises to Dismantle Its Nuclear Test Site in Public View, South Says" is from the April 29, 2018 World section of The Washington Post. It was written by Anna Fifield and narrated by Sam Scholl.