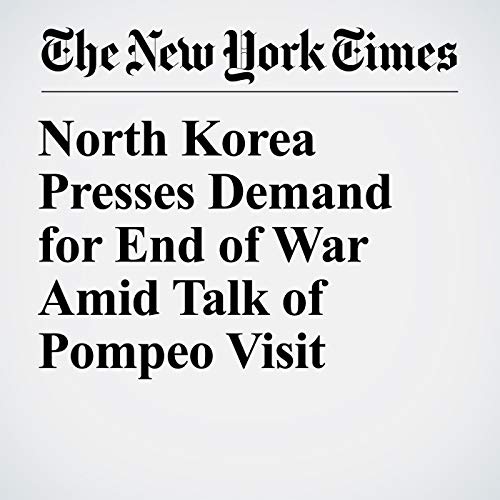 SEOUL, South Korea — North Korea pressed its demand Friday that the United States agree to declare an end to the 1950-53 Korean War, as South Korea’s leader indicated that the U.S. secretary of state, Mike Pompeo, was preparing for his fourth visit to the North.

"North Korea Presses Demand for End of War Amid Talk of Pompeo Visit" is from the August 17, 2018 World section of The New York Times. It was written by Choe Sang Hun and narrated by Barbara Benjamin-Creel.