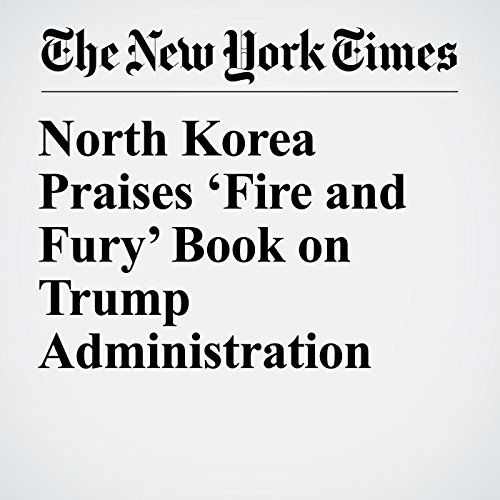 Michael Wolff’s book about the Trump administration has been getting mixed reviews from critics and others, but it’s finding fulsome praise in one corner: North Korean state media, which says the book’s popularity “foretells Trump’s political demise.”

"North Korea Praises ‘Fire and Fury’ Book on Trump Administration" is from the January 11, 2018 World section of The New York Times. It was written by Gerry Mullany and narrated by Keith Sellon-Wright.