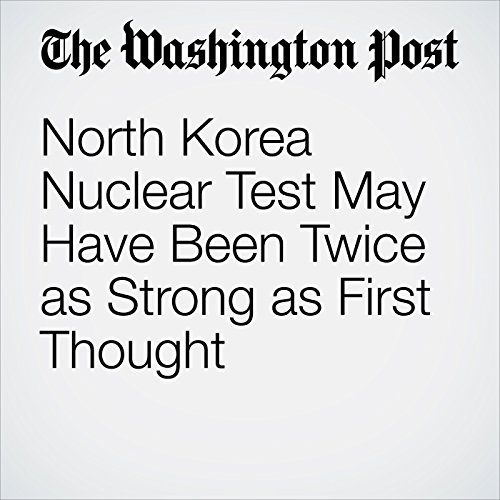 North Korea’s powerful nuclear test earlier this month may have been even stronger than first reported, equivalent to roughly 17 times the strength of the bomb that destroyed Hiroshima, according to a new analysis by a U.S. monitoring think tank.

"North Korea Nuclear Test May Have Been Twice as Strong as First Thought" is from the September 13, 2017 World section of The Washington Post. It was written by Michelle Ye Hee Lee and narrated by Sam Scholl.