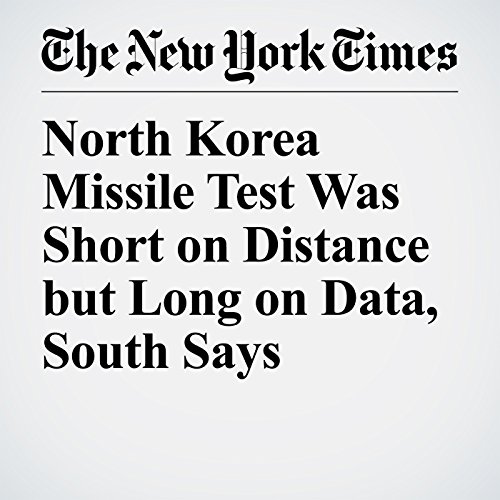 "North Korea Missile Test Was Short on Distance but Long on Data, South Says" is from the May 22, 2017 World section of The New York Times. It was written by Choe Sang Hun and narrated by Kristi Burns.