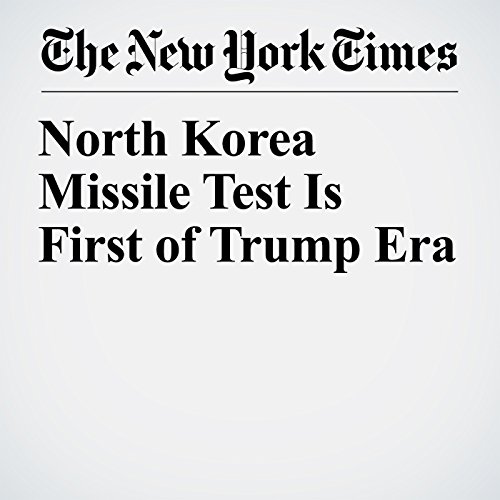 North Korea launched a ballistic missile toward the sea off its eastern coast Sunday, in what South Korea called the North’s first attempt to test President Donald Trump’s policy on the isolated country.

"North Korea Missile Test Is First of Trump Era" is from the February 12, 2017 World section of The New York Times. It was written by Choe Sang Hun and narrated by Fleet Cooper.