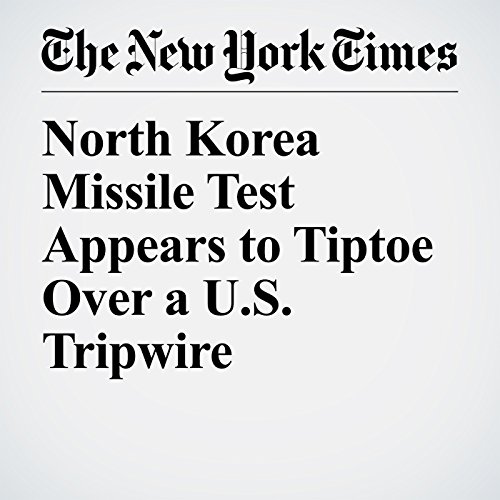 For months, Washington has been bracing for North Korea to test an intercontinental ballistic missile, waiting to see how close it could get to the United States and how aggressively President Donald Trump should react.

North Korea Missile Test Appears to Tiptoe Over a U.S. Tripwire" is from the May 15, 2017 World section of The New York Times. It was written by William J. Broad and David E. Sanger and narrated by Kristi Burns.