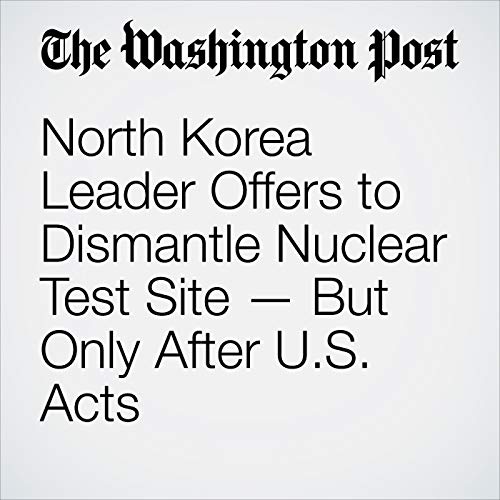 "North Korea Leader Offers to Dismantle Nuclear Test Site — But Only After U.S. Acts" is from the September 19, 2018 World section of The Washington Post. It was written by Simon Denyer and Anne Gearan and narrated by Sam Scholl.