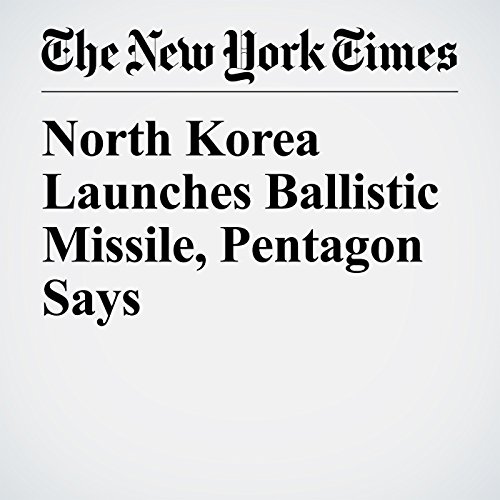 North Korea launched a missile Friday that was in the air for 45 minutes before landing off Hokkaido, the northernmost Japanese island, officials from the United States, South Korea and Japan reported.

"North Korea Launches Ballistic Missile, Pentagon Says" is from the July 28, 2017 World section of The New York Times. It was written by Choe Sang Hun and Eileen Sullivan and narrated by Barbara Benjamin-Creel.