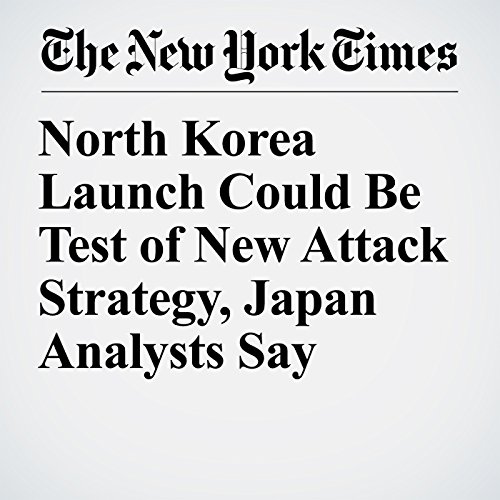 The apparent success of four simultaneous missile launchings by North Korea on Monday raised new alarms about the threat to its neighbors and its progress toward developing an ability to overcome their ballistic missile defense systems, including those that have yet to be deployed.

"North Korea Launch Could Be Test of New Attack Strategy, Japan Analysts Say" is from the March 06, 2017 World section of The New York Times. It was written by Motoko Rich and narrated by Fleet Cooper.