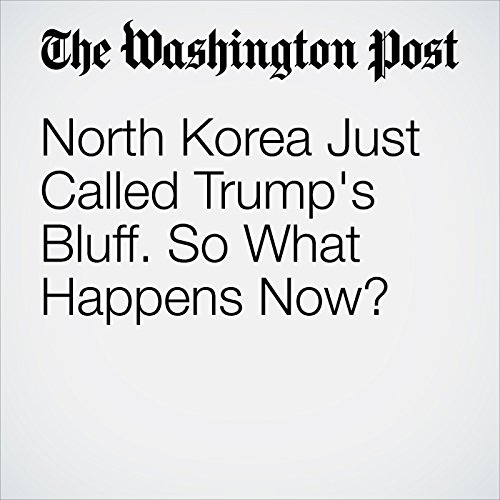 This threat was a response to a continuing series of provocations by North Korea. However, it only took a couple of hours for North Korea to respond — by escalating their threats. North Korea’s official news agency reported a couple of hours later that Pyongyang was “threatening” missile strikes near Guam, where the U.S. has several military bases.

"North Korea Just Called Trump's Bluff. So What Happens Now?" is from the August 09, 2017 Monkey Cage section of The Washington Post. It was written by Monkey Cage and narrated by Sam Scholl.