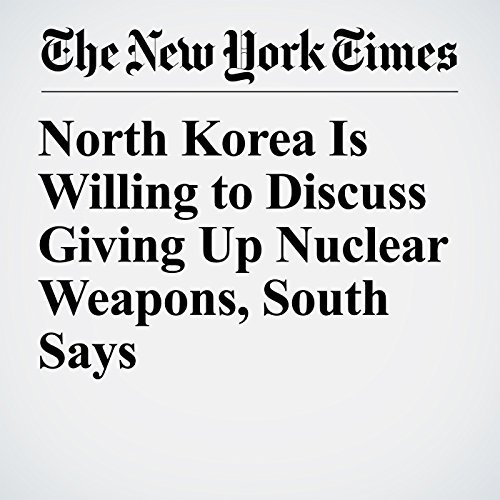 SEOUL, South Korea — North Korea’s leader, Kim Jong In, has told South Korean envoys that he is willing to begin negotiations with the United States on abandoning its nuclear weapons and that it would suspend all nuclear and missile tests while engaged in such talks, South Korean officials said Tuesday.

"North Korea Is Willing to Discuss Giving Up Nuclear Weapons, South Says" is from the March 06, 2018 World section of The New York Times. It was written by Choe Sang Hun, Mark Landler and narrated by Kristi Burns.