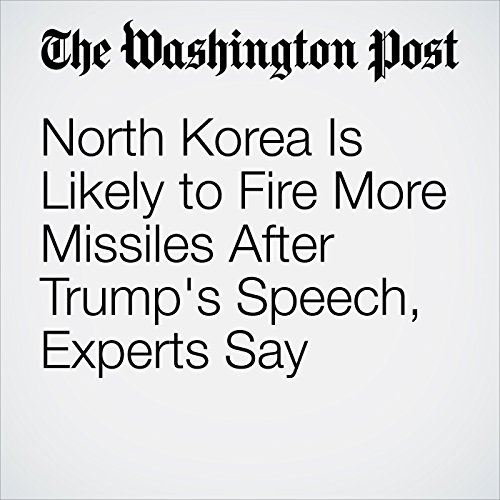 Kim Jong Un’s regime tells the North Korean people every day that the United States wants to destroy them and their country. Now, they will hear it from another source: the president of the United States himself.

"North Korea Is Likely to Fire More Missiles After Trump's Speech, Experts Say" is from the September 20, 2017 World section of The Washington Post. It was written by Anna Fifield and narrated by Sam Scholl.