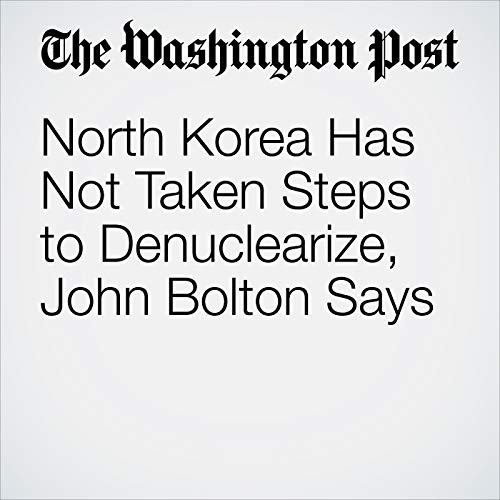 "North Korea Has Not Taken Steps to Denuclearize, John Bolton Says" is from the August 07, 2018 Politics section of The Washington Post. It was written by Felicia Sonmez and narrated by Sam Scholl.