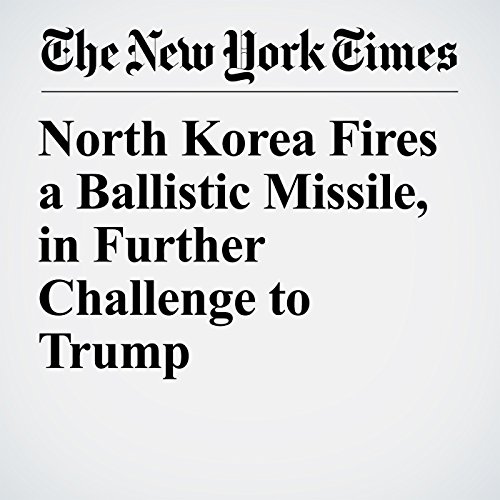 North Korea fired a ballistic missile Wednesday morning for the first time in more than two months, defying demands from President Donald Trump to halt its weapons programs and raising the stakes in an increasingly tense standoff with the United States and its allies.

"North Korea Fires a Ballistic Missile, in Further Challenge to Trump" is from the November 28, 2017 World section of The New York Times. It was written by Choe Sang Hun and narrated by Kristi Burns.