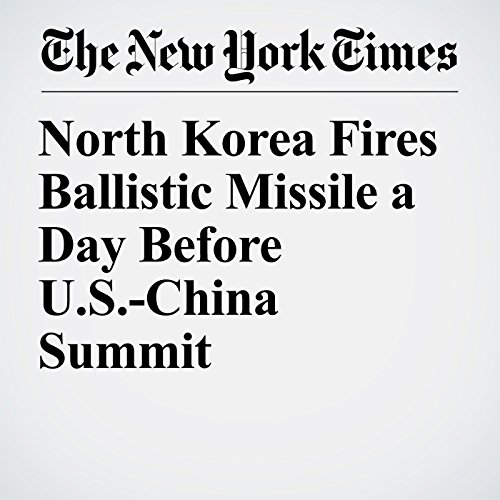 North Korea fired a ballistic missile off its east coast Wednesday, a day before President Donald Trump was to host his Chinese counterpart, Xi Jinping, at his Mar-a-Lago estate in Florida for their first summit meeting.

"North Korea Fires Ballistic Missile a Day Before U.S.-China Summit" is from the April 04, 2017 World section of The New York Times. It was written by Choe Sang Hun and narrated by Keith Sellon-Wright.