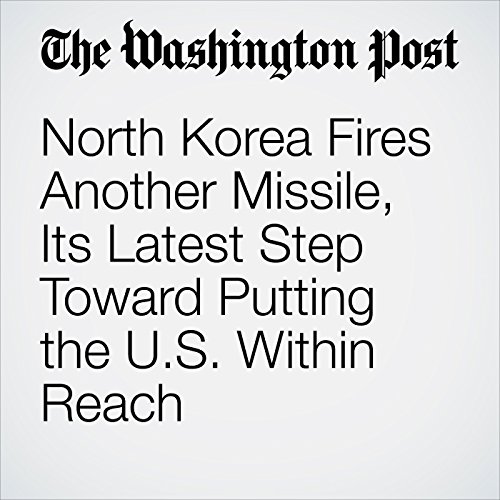 North Korea has taken another step toward achieving its stated goal of being able to send a nuclear weapon to the United States mainland, apparently firing another ballistic missile late Friday night. However, it was not immediately clear whether the missile was an intercontinental one capable of reaching the continental United States.

"North Korea Fires Another Missile, Its Latest Step Toward Putting the U.S. Within Reach" is from the July 28, 2017 Asia & Pacific section of The Washington Post. It was written by Anna Fifield and narrated by Kristi Burns.