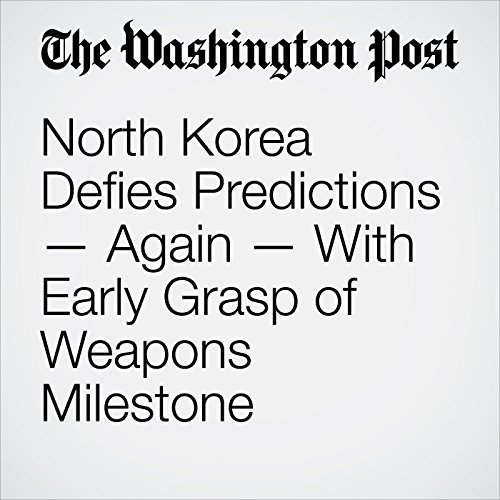 The device that shook the mountains over the Punggye-ri test site on Sunday represented a quantum leap for North Korea’s nuclear capability, producing an explosion at least five times greater than the country’s previous tests and easily powerful enough to devastate a large city.

"North Korea Defies Predictions — Again — With Early Grasp of Weapons Milestone" is from the September 04, 2017 National Security section of The Washington Post. It was written by Joby Warrick and narrated by Sam Scholl.