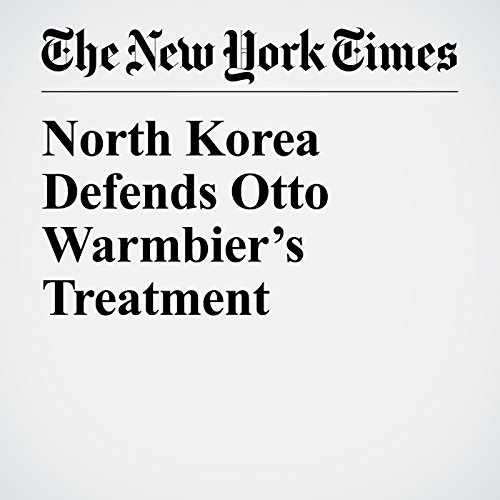 North Korea responded for the first time Friday to U.S. accusations that it had fatally brutalized Otto F. Warmbier, the captive college student, asserting he was given medical treatment and treated with respect even though he was a “criminal of the enemy state.”

"North Korea Defends Otto Warmbier’s Treatment" is from the June 23, 2017 World section of The New York Times. It was written by Choe Sang Hun and narrated by Barbara Benjamin-Creel.