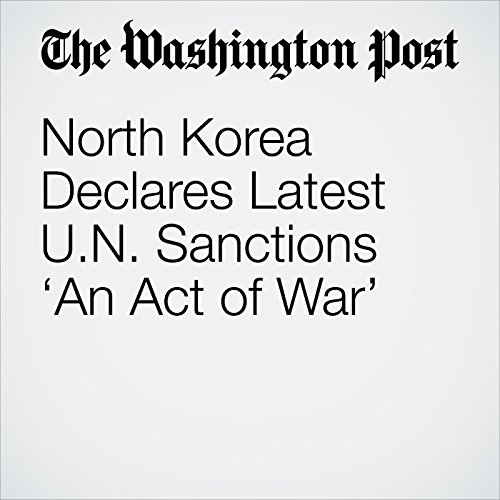 North Korea said on Sunday that sanctions imposed by the United Nations last week are an “act of war,” and Pyongyang vowed to bolster its nuclear force in an outright rejection of the resolution.

"North Korea Declares Latest U.N. Sanctions ‘An Act of War’" is from the December 24, 2017 World section of The Washington Post. It was written by Amy B. Wang and narrated by Sam Scholl.