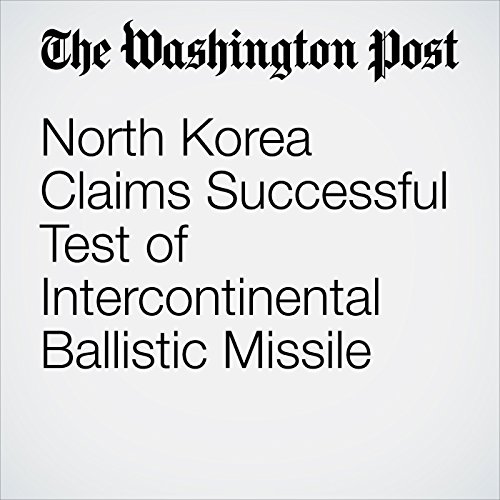 North Korea on Tuesday claimed it had successfully tested an intercontinental ballistic missile, a potential milestone in its campaign to develop a nuclear-tipped weapon capable of hitting the mainland United States.

"North Korea Claims Successful Test of Intercontinental Ballistic Missile" is from the July 04, 2017 Asia & Pacific section of The Washington Post. It was written by Emily Rauhala and narrated by Barbara Benjamin-Creel.